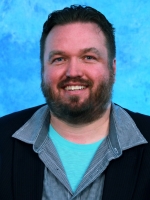 Pastor
724-243-3350
Pastor Jeff Marton has been involved in ministry for several  years. He was also lead/tenor singer with the professional gospel group, Three Rivers Gospel, for 2 years.

He has been involved in several ministries at his home church including Sunday school teacher, outreach director, and pastoral care minister. Pastor Jeff has also preached in several states as an evangelist
On June 11, 2006, Pastor Jeff received his highest calling when by a unanimous vote was elected pastor of the H.O.P.E. Center  (formerly Sampson Union Church). On June 20, 2006 the congregation of Sampson Union Church unanimously agreed to change   the name of the church to The H.O.P.E. Center or The House of Prayer Evangelism Center.
Pastor Jeff is blessed to have his lovely wife April assisting him in the ministry.  They are also blessed with three beautiful boys- Bryce, Braeden, and Ethan.

To good not to believe